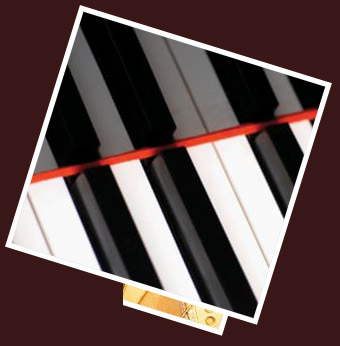 Fabio Luz is one of the most acclaimed Brazilian pianists of our time. For 40 years, he has developed an international career as a concert artist and teacher. He began studying piano at age five, gave his first recital at age 10, and 7 years later he graduated with honors from the State Conservatory of Sao Paulo. Mr. Luz won several of the most significant national competitions in Brazil (the Bahia’s National Prize, the Soloist Prize of the Sao Paulo State Symphony Orchestra, the Funarte Prize from Rio de Janeiro) and the Prize of the Art Critics Association. In 1978 he received the International Debussy Prize in Saint-Germain-en-Laye, France, and in 1981, he obtained the Master of Music Degree “French Music Diplome” in Paris. One year later he signed his first recording contract.

Mr. Luz has given nearly thousand concerts: in recital, in chamber music and as a soloist with well-known orchestras, such as the National Symphonic of Rio de Janeiro, the State Symphonic of São Paulo, the Philharmonic of Turin, the Symphonic of Radio Ljubljana, the Philharmonics of Iasi and Ploiesti... Recently he performed the Ravel Concerto en sol ,  the Rachmaninov 2nd Concerto and Mozart K466 conducted by Guilherme Bernstein,  by João Maurício Galindo with the Tatuí State Conservatory Simphony Orchestra and Gabriel Rhein-Schirato - Mozart, 2018.  He is a regular visiting artist at many distinguished institutions as the Universities of Sao Paulo (USP, UNICAMP - 2009, UNESP), Rio de Janeiro (Escola de Música da UFRJ, Rio de Janeiro - 2011, 2012), Curitiba, Kansas, Iowa, Paris, Freiburg, the Conservatoires of Bern, Turin, Sao Paulo, Rio de Janeiro, the Lisinski of Zagreb, the Biennale of Venezia, the Festival of Constance, the Gasteig of Munique, the Società del Quartetto di Bergamo, the Circolo Catalani di Lucca and the Amici della Musica di Pistoia, Villa Medici Il Vascello in Rome, the Teatro Regio and the RAI Concert Halls in Turin, the Teatro São Carlos and Palácio Foz of Lisbon, the Apollon Theater in Syros (Greece), among others.

For a decade, Mr. Luz was the Artistic-Director of the Verdi Institute in Asti, Italy. In the past few years, his Summer Master Classes have taken place at the Castello di Cortanze (Asti) - Laboratori Musicali Internazionali Estivi (Melos Arte & Musica) - , as well as in numerous other locations. Since 2006, he teaches and coordinates the piano department at the Accademia Superiore Città della Musica e del Teatro  (Italy). He was recently awarded the Certificate of Excellence in Composition by the National Music Academy of Neapolis (Thessaloniki, Greece)

Mr. Luz is a member of the jury of prestigious international competitions, such as the piano contestes of Geneva, Casale Monferrato (Soliva), Lagonegro, Art Livre (São Paulo), the Pianofest  Hamburg (2013), the composition contest ICOMS (Turin).

Great composers of our time have written works for Fabio Luz, entrusting him with premières of their works.